Deep Cove Baby Octopus and a Search and Recovery Dive

My dive buddy, Zoltan, told me about baby GPO's in Deep Cove and invited me out to look for them. We were not disappointed!
There are a ton of discarded bottles there, and baby octopuses use them for shelter. Viz was typical for the site at about 8ft. We also came across an outboard motor. 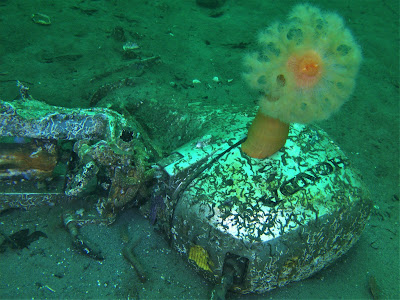 I had a rough idea where it was, and I returned to do a couple of searches to find it and mark it, but no dice. My search patterns were very tight due to poor visibility. I learned a valuable lesson: If you find something you want to return to, mark it immediately and make notes. It retrospect, I should have remembered the mapping project portion of my DM training. Deploying my SMB and tying the spool to the motor, then surfacing to get a bearing, would have saved me a lot of time. Live and learn. 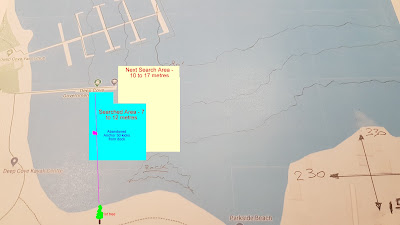 Zoltan had been experimenting with a GPS device, and we'd done some testing with it at a couple of other sites. It worked incredibly well. He took it to Deep Cove, rediscovered the outboard, deployed his GPS, wrote the depth and took notes on his slate. It turned out to be just outside of the area where I did my 2nd search. Next I asked Marc Palay about finding a lift bag big enough to get the motor out of the water. He told me to ask Dive and Sea in New Westminster. I spoke to George there and he loaned me their 200lb bag. 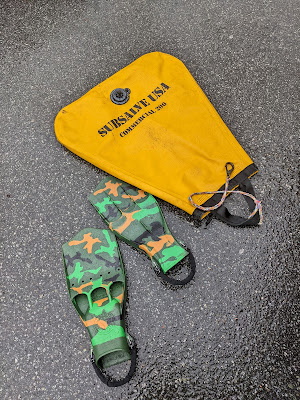 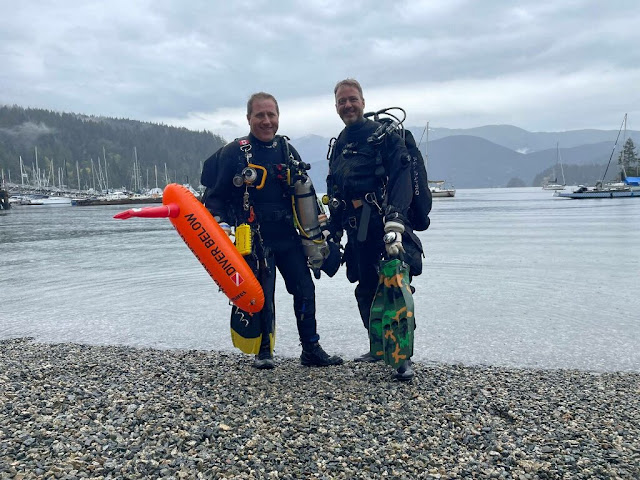 With a dive plan in place, and a quick rehearsal with the lift bag, we were good to go. We gave the Kayak Centre a heads up we were going to be there, and they offered us surface support. Using Zoltan's GPS, we quickly found the motor at about 14 metres. I brought extra rope and cinched the motor in a couple of spots. I didn't want to risk losing it again once we inflated the bag. I used my pony bottle for the bag while Zoltan manned the purge valve to avoid it rocketing to the surface uncontrolled. 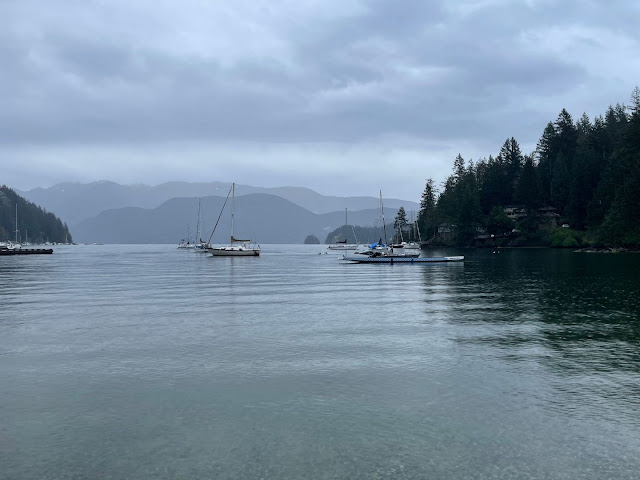 We surfaced and began the swim to shore. We had lots of interest from boaters who were anchored in the bay. One of them asked us to search for his lost anchor, but we were out of air and told him we'd have to look another day. 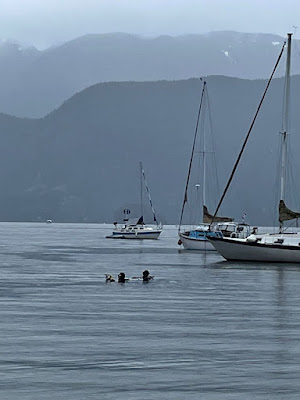 When we got to the shallows, I used my 2nd lift bag to prevent the motor from bottoming out. 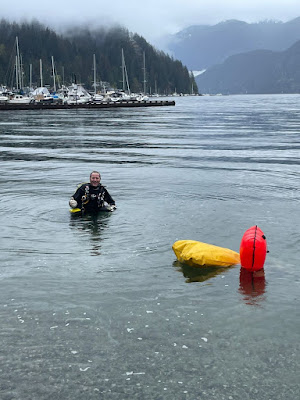 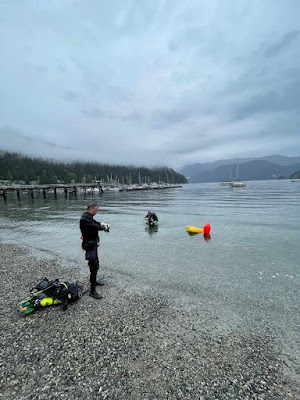 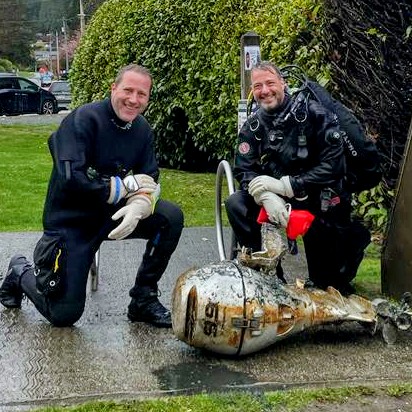 Recovering this outboard motor was a challenging team effort. Thanks again to Ocean Quest for their excellent Search and Recovery training, to Marc Palay and Henry Wang for their encouragement and advice, and to Dive & Sea Sports for providing the equipment to make this search and recovery a success.
Labels: Scuba 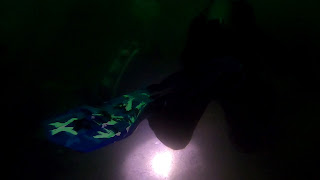